How Will You Profit From Biden’s $2.6 Trillion Infrastructure Plan?

Investing Posted by ichbins 1 day ago

President Biden's $2.6 trillion infrastructure plan is being called “once-in-a-generation investment in America.” How you can profit from it.

The End of COVID-19 Could Spark the Next Economic Boom

Investing Posted by it.is.I 1 day ago

Here’s why JPMorgan Chase CEO Jamie Dimon thinks we’re headed for a major economic boom in the years ahead.

Investing Posted by mpae 2 days ago

(Bloomberg) -- Oil was steady in Asian trading after Federal Reserve Chair Jerome Powell said the U.S. economy was poised for stronger growth, while cautioning that Covid-19 still remains a threat.Futures in New York traded near $59 a barrel after dropping 3.5% last week. The economy is at an “inflection point” with stronger growth and hiring ahead thanks to rising vaccinations and powerful policy support, Powell said in an interview with CBS’s “60 Minutes,” adding that the key risk was a spreading virus. That’s been highlighted in other regions including parts of Europe, while a second wave in India is overwhelming the health system.Oil’s robust start to the year faltered in mid-March as a resurgence of Covid-19 and renewed restrictions in some regions raised concerns about the outlook for near term fuel demand. The market is also facing rising supply after the OPEC+ alliance agreed to add more barrels from May, although Saudi Arabia’s energy minister said the decision to boost output was the right move.Iran is also a wildcard for the market. Talks between the OPEC producer and world powers on resuscitating a 2015 nuclear accord are set to continue this week after an initial round of discussions, described by a senior U.S. official as a good first step but still short of what’s necessary for a revival of the deal.“While rising virus cases will have an impact, the vaccination drive is progressing really well,” said Howie Lee, an economist at Oversea-Chinese Banking Corp. in Singapore. “I think markets will overlook the short-term weakness and focus on the longer-term. Demand will go up for sure.”The prompt timespread for Brent was 44 cents a barrel in backwardation -- a bullish market structure where near-dated contracts are more expensive than later-dated ones -- compared with 32 cents a week earlier.See also: There’s a Lot of Unused Oil Stored Around the World: Julian LeeFed officials have repeatedly stressed that the U.S. economy continues to need aggressive monetary policy support as it recovers from the pandemic, even as the outlook brightens amid widening vaccinations. In the U.K., some scientists are saying the country could achieve so-called herd immunity as soon as Monday, moving on from the worst of the outbreak.For more articles like this, please visit us at bloomberg.comSubscribe now to stay ahead with the most trusted business news source.©2021 Bloomberg L.P.

Could the rise of psychedelics boost the retreat business?

Investing Posted by jose_is_here 4 days ago

could there soon be avenues to bet on the growing business of psychedelic retreats?

The Battle Over Tesla Stock Is Over—For Now

Investing Posted by yogameistro 4 days ago

Bears don't have much fight anymore, despite a nice dip in the share price, and the short sellers have backed away.

Investing Posted by Rye 4 days ago

What are NFTs and how to invest in them

Investing Posted by AMDESPERATE 4 days ago

Non-fungible tokens (NFTs) are crypto-based digital assets that are unique and nearly impossible to copy. Learn how to invest in them.

Investing Posted by scarface 4 days ago

Taking tax avoidance ideas from billionaires may mean more money in your pocket.

With Valuations Stretched, Monster Beverage Is Running Out Of Fizz

Investing Posted by Mydogisajerk 4 days ago

Investing Posted by highnon 4 days ago

Investing Posted by Jane 4 days ago

Today, we dive into the ways Biden’s $174 billion plan to invest in American Electric Vehicle manufacturing would affect the EV market.

Playboy stock is a winner, but how much higher can it go?

Investing Posted by Kitchen__Prince 5 days ago

What you think is fair, depends on how much money you make

Investing Posted by Mentalgiraffe 5 days ago

Everybody is talking about inequality and how unfair it is that some people make millions while others struggle to make ends meet. I am of the firm belief that equality of income or wealth is not a desirable goal for society. Instead, we should aim for equality of opportunity so that everyone can live up to their potential. One day, I will have to write a piece on why I think the entire push for lower income inequality on the left of the political spectrum is totally misguided, but that will have to wait for another day.

Investing Posted by Instagaramsuxxx 5 days ago

Not all dividend aristocrats are the same. Here are 5 with fast-growing payouts

Investing Posted by CandiceC 5 days ago

A.O. Smith, AbbVie, Lowe's, Illinois Tool Works, and S&P Global (SPGI) are among the S&P 500 Dividend Aristocrats with the fastest-growing payouts. The downside: They tend to have low yields.

Investing Posted by 0Kelvin 6 days ago

Carnival Corporation Seems To Be Trading Ahead of Fundamentals

Investing Posted by newnewnew 6 days ago

Get Ready for the Anti-FANG Trade

Investing Posted by hydrohomiesftw 6 days ago

I found a way to always win at a casino, heres how

Investing Posted by mpae 6 days ago

I found a way to make money off a casino with high probability. If you're looking to make a little cash while testing out some new casinos, this is a great way to explore this without spending your own money.

Investing Posted by tornadochaser 6 days ago 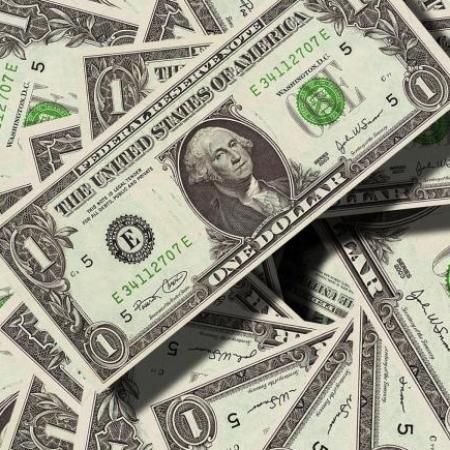 For many people, “investing” sounds like a very difficult thing not meant for them. For many others, an image of men in suits monitoring the stock exchange market is what comes to mind. You don’t need to be a forex guru or king of the wall street to start investing. A little dollar to spare can build a compound interest that could generate millions for you tomorrow. However, making the wrong investment can be catastrophic. Hence the reason for creating this community.

This community is a perfect place to ask your questions and allay your fears about any investment. Whether it has to do with opening a savings account, trading cryptocurrency, investing in the real estate, agriculture, oil industry, stock exchange market, or trading forex, this is the place to discuss your ideas and get your questions answered.

Irrespective of your background, you’re welcomed to join by posting your first suggestion, comment, or theory and you’ll be amazed at the helpful responses you’ll get.
Founded by: