Swan Lake, Op. 20, is a ballet composed in 1875–76. Despite its initial failure, it is now one of the most popular ballets of all time.---- The scenario (initially in two acts) was fashioned from Russian and German folk tales and tells the story of ODETTE, a princess turned into a swan by an evil sorcerer's curse 😉

Zizounai is back!!! and glad to show you the dance of the little swans 😊 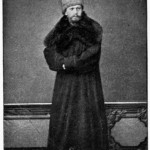 La Folia (madness) sonata n°12 in D minor, is one of the Vivaldi's twelve 'Trio Sonatas' Op. 1 (1703), the earliest and oldest compositions known and preserved of his work 😉

🔊Yo Yo Ma and Itzhak Perlman playing Dvorak

This was in 1993, the conductor was Seiji Ozawa

Kinderszenen, Op. 15, by Robert Schumann, is a set of thirteen pieces of music for piano written in 1838---- Movement No. 7 of the work, TRÄUMEREI, is one of Schumann's best known pieces 😉

The Lord of the Rings - THE END OF ALL THINGS

Howard SHORE (1946 -...) is a Canadian composer and conductor noted for his film scores. He won THREE Academy Awards for his work on The Lord of the Rings 😉 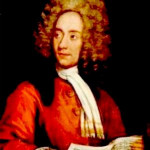 Thank you (!) for your (portrait) participation, KNITKNOT! 😉

The Bergamasque Suite is a piano suite often considered as the BEST piano composition of Debussy's youth. ------ It was published in June 1905 and has four movements: -- 1.Prelude -- 2.Minuet -- 3.MOONLIGHT -- 4.Passepied 😉

Born in the Himmelpfortgrund suburb of Vienna, Schubert showed uncommon gifts for music from an early age. His father gave him his first violin lessons and his elder brother gave him piano lessons, but Schubert soon exceeded their abilities.--- In 1808, at the age of eleven, he became a pupil at the Stadtkonvikt school, where he became acquainted with the orchestral music of Haydn, Mozart, and Beethoven 😉

The Polovetsian Dances form an exotic scene at the end of act 2 of Alexander Borodin's opera PRINCE IGOR, an opera in four acts (with a prologue)---- Alexander Borodin adapted the libretto from the Ancient Russian epic 'The Lay of Igor's Host', which recounts the campaign of Rus' prince Igor Svyatoslavich against the invading Cuman ('Polovtsian') tribes in 1185 😉

Difficult to believe these kids are not professional musicians 😳

At two separate times, Felix Mendelssohn composed music for William Shakespeare's play 'A Midsummer Night's Dream' --- First in 1826, near the start of his career, he wrote a concert overture (Op. 21) --- Later, in 1842, he wrote incidental music (Op. 61) --- The incidental music includes the famous Wedding March 😉

Thanks for the harp, Lego! 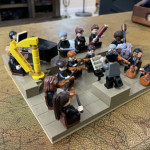 Funny one! Thank you, KNITKNOT! 😊

The (tolerant) LOVE in the public still grows this great Work 🥰. (It changes from the usual coughing...😖)
And my TIP: watch and listen until the end, you will be (pleasantly) surprised!! 😲😻

FOURNEL: a formidable musician, complete, with very mastered technique and also extremely sensitive playing, who provided real moments of concert.
So it's obvious to see him come first.
The rest of the list is expected and balanced. 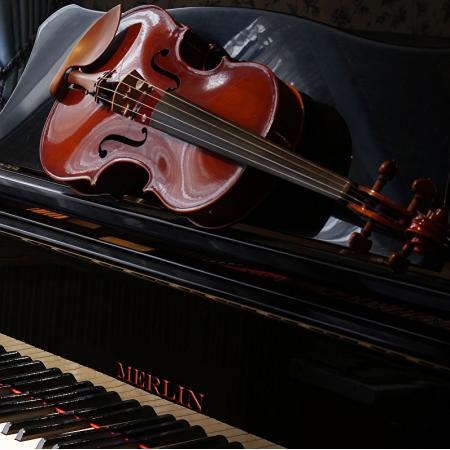 Several technical improvements (thank you Staaan!) now allow me to offer you a GUIDE to submit your Classical Music contributions.

1. Golden rule: the proposal must be fun AND still informative!
2. The post should offer a short MOVIE-VIDEO of (+/-) MAXIMUM 30minutes
3. It is also interesting to see a PHOTO (portrait) of a composer.
4. It seems to me essential - to fully appreciate - watching the extracts in "large view" and with an audio headset! 😇
Founded by:

This pleases me 3k stories