South Park 1 hour ago by Unagi 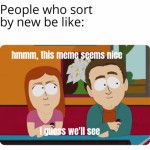 The full range of sound

Infographics 1 hour ago by Unagi 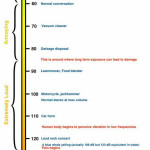 I hate this goddamn tree! FU!

Say What Now 2 hours ago by Unagi

Cambodia: Rat given gold medal for 'lifesaving bravery and devotion to duty' for discovering 39 landmines and clearing more than 141,000 square meters of land

News 4 hours ago by Unagi

Magawa has cleared more than 141,000 square metres of land, reducing the risk of injury or death for those living near landmines.

News 6 hours ago by Unagi

Seoul said the man was shot dead and set alight while allegedly trying to defect to the North.

Make Me Feel Better 10 hours ago by Unagi 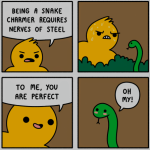 Jokes 13 hours ago by Unagi
An explorer in the jungle was captured by natives. The chief approached and said, "I'm going to give you a choice."

Immediately the explorer started stabbing himself with a fork and cramming blueberries up his ass. "Fuck your canoe!" he cried, "and I'm full of blueberries so there's no room for pineapples or unga-bunga!"

The chief smiled, and said, "I was going to ask what you want to eat, but I like the way you think."

Then they prepared a delicious feast of vegetables in wheelchairs, which they ate before it was cool.

Make Me Feel Better 14 hours ago by Unagi 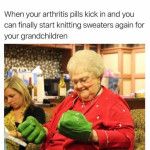 I saw a man with a pet monkey at a bar one time.

Jokes 14 hours ago by Unagi
... and my friend walked up to him and asked what he was doing with it.
He said "Well, this ain't no normal monkey, it's a trick monkey. Want to see a trick?"

"Sure" says my friend.

The monkey went at it for a good long while, but when the man finally finished, he turned to my friend and said "Well, what do you think about that? Want to give it a try?"

My friend, hesitant at first, replied "Well, sure... but do you have to punch me?"

Culinary 16 hours ago by Unagi 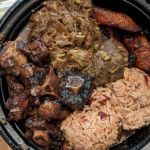