Fail 1 hour ago by duckduckstop

What does a true Scot keep under his kilt?

Jokes 1 hour ago by duckduckstop
A Scotsman is at a festival, and he comes dressed in his best kilt (worn properly, of course). As the festival proceeds, the Scot starts to get very drunk, and so he sits under a tree with his beer mug and falls asleep. A couple of "pretty lasses" walk by and see the Scot passed out under the tree.

"What *DO* you think he has under his kilt?" one of them asks the other.
"I don't know!" she says. "Do you think maybe we should have ourselves a look?"

The lassies observe that the Scot is completely unconscious. They decide to hazard a glance, so they lift up the man's kilt and have a glance. The ladies are quite pleased with what they see.

"We ought to leave him a little something as token of our appreciation," the first girl says. The second agrees, and untying one of the blue ribbons from her braids, decorates his member with a bow.

Several hours later the man wakes up, and he shambles to the bathroom for a piss. Lifting the front of his kilt he says, "Ach! Wee lad, I don't know where you've been, but it seems you've won a prize!"

If you woke up and couldn't remember the night before and your ass hurt real bad would you tell anyone?

Jokes 2 hours ago by duckduckstop
Want to go camping?

News 2 hours ago by duckduckstop

Representative Attica Scott, who pre-filed legislation for Breonna's Law​ in August, was taken into custody near a church that was considered a sanctuary for protesters.

Fail 3 hours ago by duckduckstop

Clips 4 hours ago by duckduckstop

"Coal roller" polluting truck gets what it deserves

Fail 4 hours ago by duckduckstop

Culinary 4 hours ago by duckduckstop 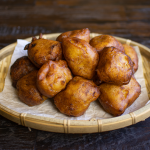 Politics 5 hours ago by duckduckstop

The almost 500 signatories on the endorsement included Democrats, Republicans and Independents from at least four administrations dating back to President Bill Clinton.

Jokes 6 hours ago by duckduckstop
The waiting line to get into heaven is managed by St. Peter.
A busload of Nuns die and are in line.

The first nun goes to St. Peter and he says
“OK I have to ask, have you ever seen a penis?”

The nun replies, “I saw one once.”

St. Peter said, “Well, it’s OK, just wash your eyes with this
holy water.”So she did and POOF she went to Heaven.

The second nun came up and was asked the same thing.
She replied, “Well I touched one once...”

St. Peter told her “ Well, it’s OK, just wash your hands in this
holy water.” So she did and POOF she too went to Heaven.

Suddenly, a nun near the back of the line pushed her way to
the front of the line. St. Peter asked, “What are you doing?!”

The nun who cut in line responded, “I just wanted to wash my
mouth before Sister Anna put her ass in it.”