Fail 1 hour ago by AMDESPERATE

Fail 3 hours ago by AMDESPERATE

A policeman pulls over a driver.

Jokes 12 hours ago by AMDESPERATE
for swerving in and out of lanes on the highway. He tells the guy to blow a breath into a breathalyzer.
“I can't do that, officer.”

“Because I'm an asthmatic. I could get an asthma attack if I blow into that tube.”

“Okay, we'll just get a urine sample down at the station.”

“Because I'm a diabetic. I could get low blood sugar if I pee in a cup.”

“Alright, we could get a blood sample.”

“Because I'm a hemophiliac. If I give blood I could die.”

Cute 13 hours ago by AMDESPERATE 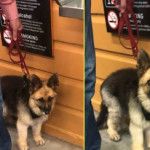 Make Me Feel Better 13 hours ago by AMDESPERATE 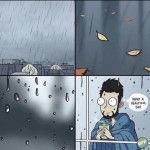 A convict escapes from prison.

Jokes 13 hours ago by AMDESPERATE
...where he had been held for 15 years. He breaks into a house and finds a couple together in bed. He overpowers the husband and ties him to a chair, and then ties the wife to the bed. While he is tying the wife to the bed, the convict gets on top of her and kisses her neck, then goes into the bathroom.

While the convict is in the bathroom, the husband whispers to his wife,

"Listen, this guy is an escaped convict. Look at his clothes! He's probably spent a lot of time in prison and hasn't seen a woman in years. I saw how he kissed your neck. If he wants sex, don't resist, don't complain. Do whatever he tells you. Satisfy him no matter how much he nauseates you. This guy is obviously very dangerous. If he gets angry, he'll kill us both. Be strong, honey. I love you!"

She responds, "He wasn't kissing my neck, he was whispering in my ear. He told me that he's gay, he thinks you're cute, and he asked me where the vaseline is. I told him it's in the bathroom. Be strong, honey. I love you too!"

President Mattarella replies to Prime Minister Johnson: "We love freedom too, but we also care about seriousness"

News 15 hours ago by AMDESPERATE

Italian President Sergio Mattarella, taking aim at British Prime Minister Boris Johnson for suggesting his country was more freedom loving than others, said on Thursday that Italy loved freedom, but was also serious.

South park bigger, longer and uncut is still one of the funniest films ever made

South Park 16 hours ago by AMDESPERATE 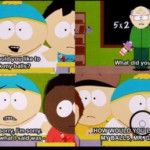 Research finds that crows know what they know and can ponder the content of their own minds, a manifestation of higher intelligence and analytical thought long believed the sole province of humans and a few other higher mammals

Science 17 hours ago by AMDESPERATE

A second study looked in unprecedented detail at the brains of pigeons and barn owls, finding hints to the basis of their intelligence.

News 20 hours ago by AMDESPERATE

China has a far bigger network of detention centres than was previously thought, a report says.