Been through this few times, with a smaller plane. Still not sure if it was fun. Or scary. Or both.

Landings are these are the exceptional moments where applauding the pilot for landing the plane is appropriate.

Creatures That Could Survive the Apocalypse

From jellyfish, cockroaches, and scorpions … to worms, wasps, and Tardigrades ... Here are 15 creatures that could survive the Apocalypse

Dafux is that thing in the thumbnail

Half man, half bear, half pig

It's scary as hell, that's for sure!

What Joaquin Phoenix Really Went Through To Play The Joker

He must be trolling

Hahahah what a clown

Instant Cart's gonna get you

Gonna look you right in the face Better get yourself together darlin' Join the human race How in the world you gonna see Laughin' at fools like me Who in the hell d'you think you are A superstar Well, right you are... A perfect song for this clip: https://www.youtube.com/watch?v=NVoeNxWxjdA

What's The Story Behind The Fake Façades of Paris?

The beautiful houses at 145 rue la Fayette, 29 rue Quincampoix, and 44 rue d'Aboukir have one thing in common: they're fake. Why does Paris have so many fake façades and what hides behind them? I went on a quest to find out more...

The secret to giving great feedback

Humans have been coming up with ways to give constructive criticism for centuries, but somehow we're still pretty terrible at it. Cognitive psychologist LeeAnn Renniger shares a scientifically proven method for giving effective feedback. The Way We Work is a TED original video series where leaders and thinkers offer practical wisdom and insight into how we can adapt and thrive amid changing workplace conventions. (Made possible with the support of Dropbox)

In this talk, Dr Seiler explains in words and pictures how modern exercise physiology laboratories reveal the body’s remarkable capacity for adaptation. He also tells us about the “laboratories” developed by athletes and coaches since the start of the Cold War in the 1950s. The laboratory of the scientist and the laboratory of the coach/athlete come together as Dr. Seiler describes his own journeys back and forth between them. By connecting the power of both, we have learned why “no pain no gain” is a slick slogan, but a fundamentally flawed approach to getting faster and fitter over time. Stephen Seiler has spent years studying the training habits of great endurance athletes. What he discovered has shattered the myths he grew up with in the US. Let him tell you why going “green” is also important for building endurance sustainably. This talk was given at a TEDx event using the TED conference format but independently organized by a local community.

Watch a simulation of the flight path of the Sikorsky S-76B helicopter, which crashed in Calabasas on Sunday morning, killing Kobe Bryant, his 13-year-old da...

It's quite mysterious why did the pilot nose dive straight to the mountains so suddenly, and with such a speed. At 6:10 it states like this: ''The helicopter dropped 325 feet (100 m) in 14 seconds. It reached 176 miles per hour (283 km/h), then lost contact with air traffic control.'' 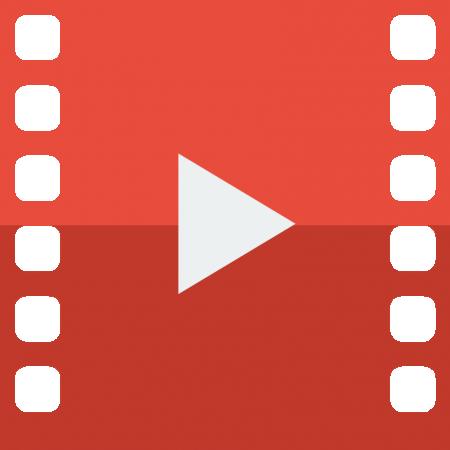 300 minutes of video is uploaded to YouTube every minute. It is of course impossible to view all of this yourself. That's why there is / c / videos.

Together we separate the wheat from the chaff, so that you only have to watch the best video clips.

Some videos are interesting or educational, others are just funny to watch. With us you can always count on a surprising video.
Story
This community is looking for a new owner. Interested?