Movies Posted by max.plonck 15 hours ago

Kids in the Hall’s

Movies Posted by second 17 hours ago

Movies Posted by CandiceC 19 hours ago
10

Mark Hamill, comedian Bert Kreischer to star in 'The Machine' for Legendary

Movies Posted by superbowl 20 hours ago

Chadwick Boseman: Portrait of an Artist

Movies Posted by AMDESPERATE 20 hours ago
10

Army of the dead

Movies Posted by IntheNAMEof.LOVE 20 hours ago
8

'Step Brothers' director says Will Ferrell and John C. Reilly's characters would be 'way into' QAnon if a sequel were ever made

Movies Posted by max.plonck 20 hours ago

Mulholland Drive at 20: A celebration of David Lynch's strangest and finest film

Movies Posted by strip_me_down_pls 1 day ago

The director’s surreal thriller is regarded as a cast-iron masterpiece, but it nearly didn’t see the light of day. Geoffrey Macnab looks back on its journey from early rejection to topping best film lists

How an Irish town became home for an animation powerhouse

Movies Posted by dbe43 1 day ago

The medieval town of Kilkenny in the southeast of Ireland is an unlikely home for a perennial Oscar contender. But there, among cathedral spires and castle parapets, the animation...

‘ Excalibur’ at 40: A Different Breed of Blockbuster

Movies Posted by is.this.it 1 day ago

Every frame of Excalibur looks like the cover art to a lost-classic prog-rock album.

Movies Posted by whatevenisthis_ 2 days ago

Tom Jolliffe looks back at the early Jean-Claude Van Damme starrer Cyborg, which was released in April 1989… April 7th, 1989. Hot off the monster success of Masters of the Universe, which went off as initially budgeted and without hitches, a sequel was released… or so what could have happened in theory. As it was,

Cameron Diaz and Jim Carrey on the set of The Mask

Movies Posted by max.plonck 2 days ago
11

Movies Posted by Mint 2 days ago

l order. Hugh Jackman's holding things in his arms as they die career has spanned 17 years and 9 films.

The Woman in the Window

Movies Posted by butteryBIScuits 2 days ago

Anna Fox (Amy Adams) feels safest when she’s watching the world from behind her window. Until the Russell family moves in across the street, and she witnesses something unimaginable.

Movies Posted by Nitroseconds 3 days ago

“Mortal Kombat,” an adaptation of the popular video game, has been delayed a week. The Warner Bros. fantasy-action film was originally scheduled for April 16 and is instead coming out o…

Disney Bought Time for ‘Death on the Nile,’ But Armie Hammer Iceberg Is Ahead

Movies Posted by newnewnew 3 days ago

Last week, Walt Disney Studios announced a flurry of release date changes for its upcoming film slate, kicking a number of premium titles down the road as COVID-19-stricken movie theaters slowly re…

Skull Island was originally set to be directed by Adam Wingard and was to be a sequel to Peter Jacksons King Kong!

Movies Posted by fattymcfatface 3 days ago

'Godzilla vs. Kong' filmmaker Adam Wingard also looks forward to his 'Face/Off' reboot and floats the possibility of a limited series sequel to his film 'The Guest.'

Movies Posted by mexicaninchina 3 days ago

Late actor Naya Rivera is among the voice stars of the film adapting the classic comic book story 'Batman: The Long Halloween.'

The Last Blockbuster on Earth is Thriving with a New Documentary

Movies Posted by antitheist 3 days ago

'The Last Blockbuster' documentary on Netflix features the video rental store in Bend, Oregon, the last such location on Earth. 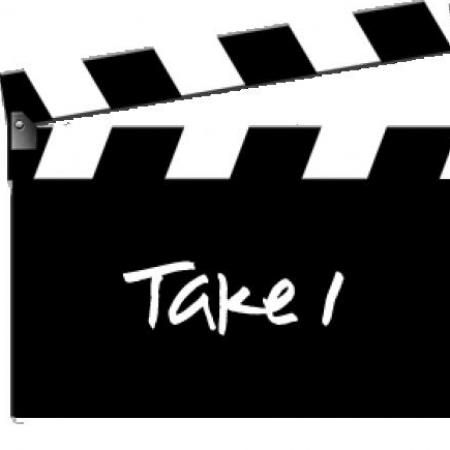 Are you a movie lover? You just stepped into the right community!

The Movies community is a place created for movie lovers alike to share their stories, experiences, and best movie characters. Tell us what you love most about a recent movie you saw and you’ll be shocked at the comments from other people with a different perspective on the same story.

Get started, share your comments, reviews, or observations about a movie by creating your first post right away!
Founded by: